Posted at 10:22h in Landscape, Nature, Review by admin
0 Likes 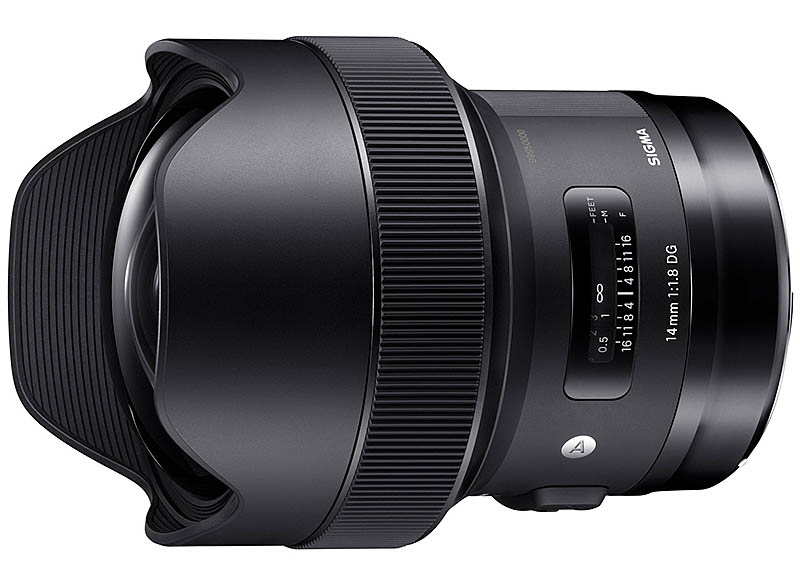 This month, during one of my photographic trips, I was lucky enough to be able to shoot with extraordinary optics:
Sigma 14mm f / 1.8 DG HSM Art, kindly granted to me by Mtrading srl ( Sigma Italia ),which I’ve used with the Haida Filter 150.

Beyond the technical characteristics of the lens, that I will only mention and the web is already full of , I’d like to tell you my experience in the field with this little gem showing you its uniqueness to photograph the sky night.

The first thing that strikes of this lens, taking it in hand, is its strength given by the combination of metal and hard plastic of the barrel built with TSC (Thermally Stable Composite) material, designed to minimize the expansion and contraction of the cylinder internal when used in extreme temperatures.
Inside, instead, we find an optical scheme of 16 optical elements in 11 groups.

All materializable in 1,120 grams, weight not indifferent for those like me, who usually venture into areas not easily accessible. So I patiently take something from the backpack to make room and venture to new unknown places.

The lens has a very wide wide-angle opening. This allows us to understand that the lens has certainly been studied for night photography.
I state that I don’t like to shoot with super wide-angle lenses, I prefer a slightly narrower focal, but if you want to photograph night landscapes the 14mm is the perfect lens for it due to its wide angle shot, in this case of 114.2 °.

Ready for the trip, I decide to opt for a dark place far from the lights of the big cities, a place where the sky is master.
The tests are done inside some abandoned and redundant mines, not easily accessible.
I spent three nights in a tent without being able to use fresh water and electricity. 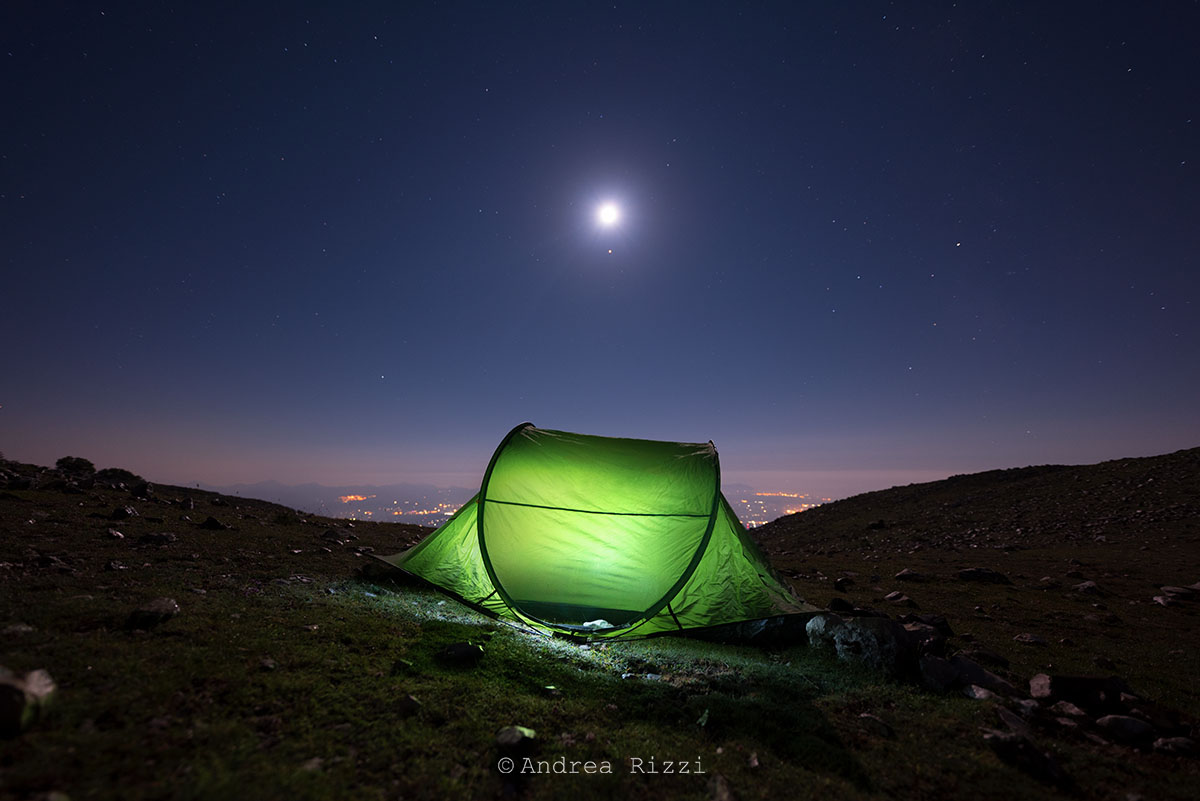 At first I wasn’t lucky at all : the sky was covered for most of the evening, especially at the crucial hours when it would have seen all its extraordinary beauty, the Milky Way, from midnight to three in the morning.
I brought with me the bare minimum of the equipment: my Nikon D750, the 14mm, the Haida 150 system with NanoPro MC Clear Night filter, and a carbon ball-head tripod.

I start shooting at maximum aperture and I was surprised to see an extreme clarity that gradually lost on the most extreme sides of the photo, and a minimal vignetting and distortion.
What plays in favor of the Sigma 14 mm is the controlled distortion.
It is almost imperceptible even to the most trained eyes, so much that all the lines, even the near ones, are perfectly straight.

I admit to being a bit ‘skeptical on the clarity at these diaphragms, perhaps because I’m accustomed to shoot with the Samyang 14mm 2.8, at maximum aperture is always a bit’ soft, not to mention the edges of the frames that are distorted and devoid of detail .

Those impressions I had when I looked at the SLR’s LCD were confirmed as soon as I opened the RAW files on the PC.
I analyze my files and realize that chromatic aberrations, which usually occurs when there is a very strong light source (such as around the stars or in the backlight), are practically non-existent.
The images appear rich in details even in the less luminous areas, this lens takes full advantage of all the MPS of the SLR, but manages to express itself at best with sensors “rich” of mpx, so much so that is tested from the house on a Foveon sensor from 46 megapixel.
It’s really impressive that all the lines, even the close ones, are perfectly straight.

During my photographic trips I often put a strain on my equipment due to weathering, but in this case I did not shoot at extreme temperatures and in difficult conditions.
In mine, however, I found myself almost always shooting on the soil or sand with a high humidity, these factors can cause problems in the long run, especially if you do not have a tropicalized lens, because grains of dust or mold can settle inside the lens.
The barrel of the Sigma 14mm Art, however, is equipped with an internal seal to be dust-proof and splash water-proof, this feature is found only on professional lenses. 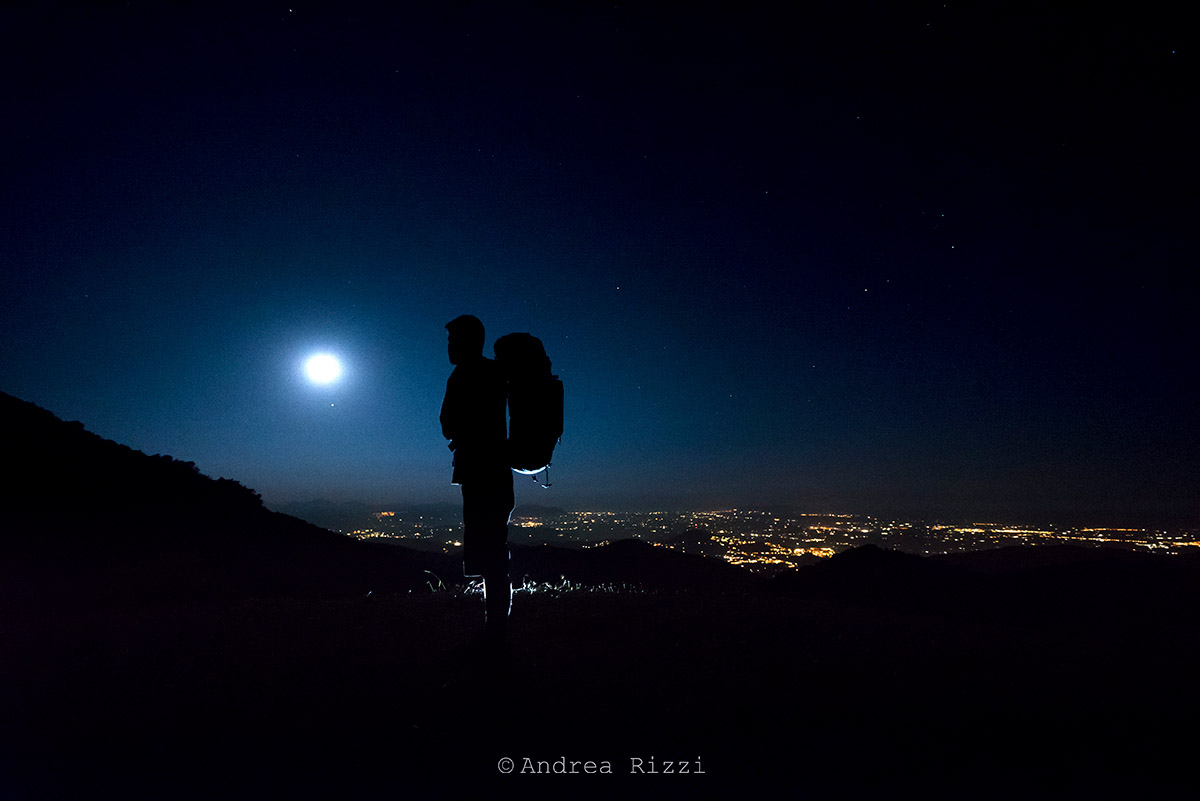 One thing that I found very functional was the focus switch, easy to spot in the dark, given its size, unlike the Nikon switches that are tiny and slightly protruding.
It’s my habit to use the auto-focus even in wide-angle astrophotography, thanks to the use of a powerful torch that allows me to hook the focus on the object concerned, focus that proved to be precise and impeccable.
There are situations, however, where I am unable to use AF, and I see myself forced to focus by hand.
The focus ring of SIGMA is very fluid and precise, especially when you place it on the infinite, which many lenses tend to “bypass” at the end of the race, thus losing the focus.

Usually for shots at night landscapes, it is used to make a double exposure to make the shot of impact and with little noise, especially when it comes to photographing the Milky Way.
Personally I prefer to opt for a single exposure and illuminate, where possible, the object in the foreground with continuous artificial light combined with flashes.
Making a single exposure must work with super bright lenses to be able to keep low with the ISO and have a clean frame, and the SIGMA 14mm Art is the first and only lens in the ultra-wide-angle world to have the aperture f / 1.8 (full- frame).

One of the most important features of a lens for astrophotography is the way it handles coma and astigmatism, which are imperfections in the corners of the frame that can make the stars more elongated.
The Sigma 14mm Art, having such a wide aperture f / 1.8, contributes to a light coma effect but this problem can be avoided by slightly closing the diaphragm at f / 2.8. 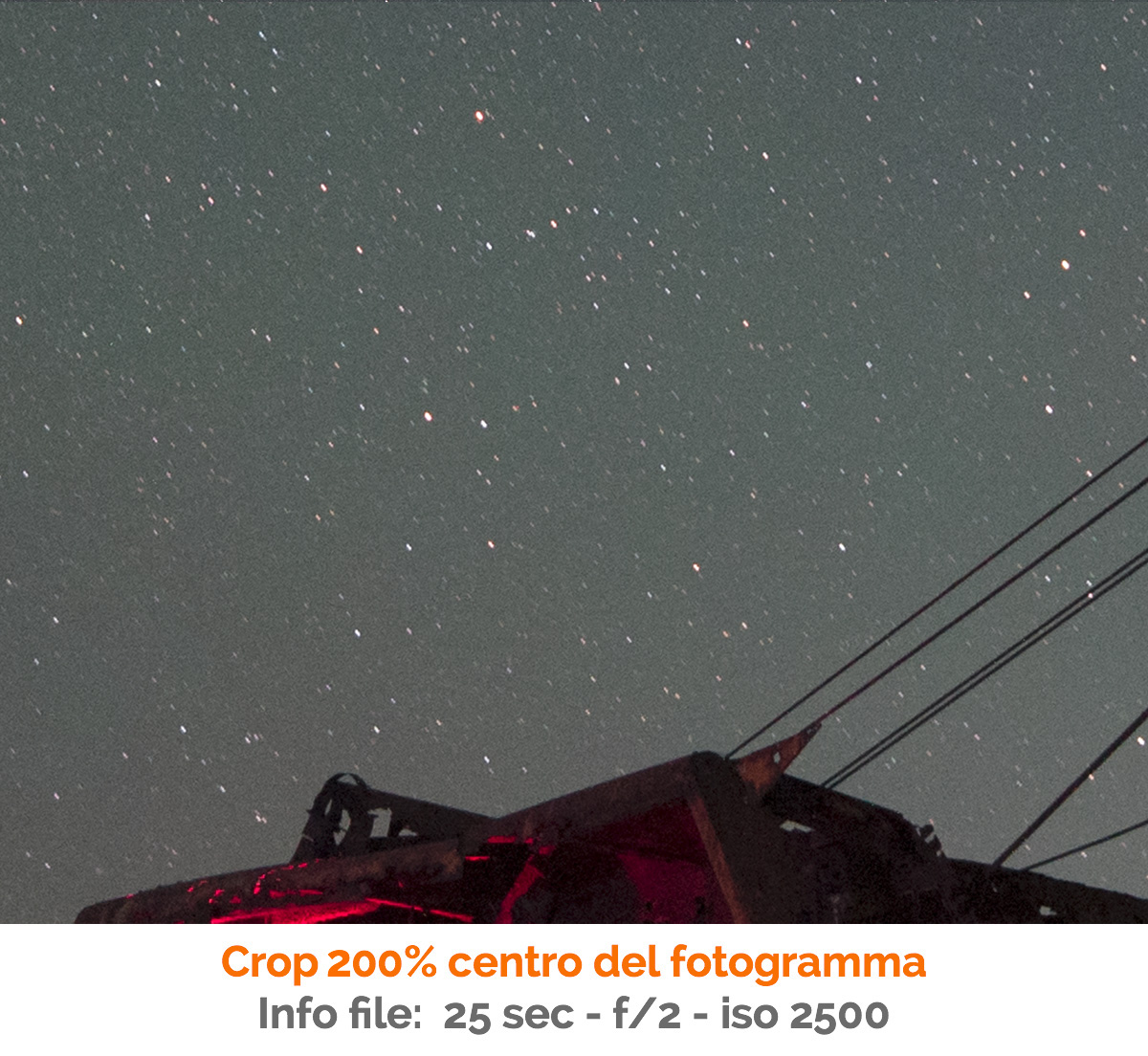 The reasons are many:

At the end of the experience, summing up, I can see that there are pros and cons, strengths and weaknesses.

Personally , I think that the Sigma 14mm f / 1.8 DG HSM Art, although it is not a perfect lens, is a good compromise for a 14mm lens that can reach a diaphragm of f / 1.8.
This opening allows us to have images “cleaner” because we could lower the ISO by almost 1 stop (compared to the other 14mm on the market) or decrease the shutter speed to not make the milky way move.
Currently it is the best wide angle on the market and the price is around € 1300/1500. It could be a bit expensive, but is on the same price range of the Nikon, while specifying that the NIKON 14mm is 2.8 and NOT 1.8 as the SIGMA.

During my trip as well as testing this fantastic lens at its fullest I was able to pair it with the Haida filter system with Holder 150 and NanoPro MC Clear Night filter.

For this type of lens I had to assemble the holder 150, since the lens, in the front, is thread-free because of the fixed lens hood and protruding lens.
The assembly of the lens is simple and immediate.
Behind the holder must be placed a ring (corrugated) that allows you to have a perfect seal on the hood, since it is screwed to the back of the filter holder, becoming a single piece.
Inside the box we also find all the screws and spare gaskets.

The Haida 150 system is really a step ahead of the most “fashionable” competitors (without naming names) of the moment.
The care of materials, details and construction strikes one immediately:
the aluminum is perfectly anodized (except the slides for housing the filters that are made of plastic), the details, the quality of materials and workmanship are excellent.
It is equipped with two filter holder slides, where we find in the front part of the holder a gasket that adheres well during the insertion of the slab, to prevent light infiltrations.
The holder supports 2.0 mm filters, and can also be used with other filters on the market.
A strong point compared to the competitors, in my opinion, lies in the fact that the holder can be easily locked in rotation by the lateral screw at the desired angle.
One thing that I found really useful for its simplicity is the rubber band that you can hook on the filter slides every time we decide to have to insert the cap in front of the lens, in order to keep it firmly attached to the holder. 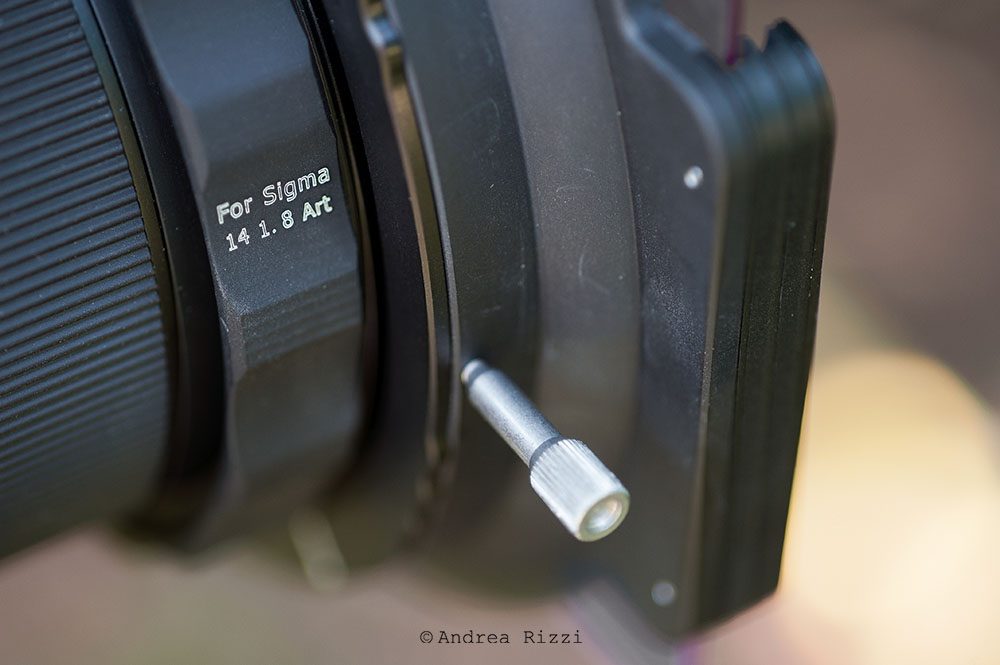 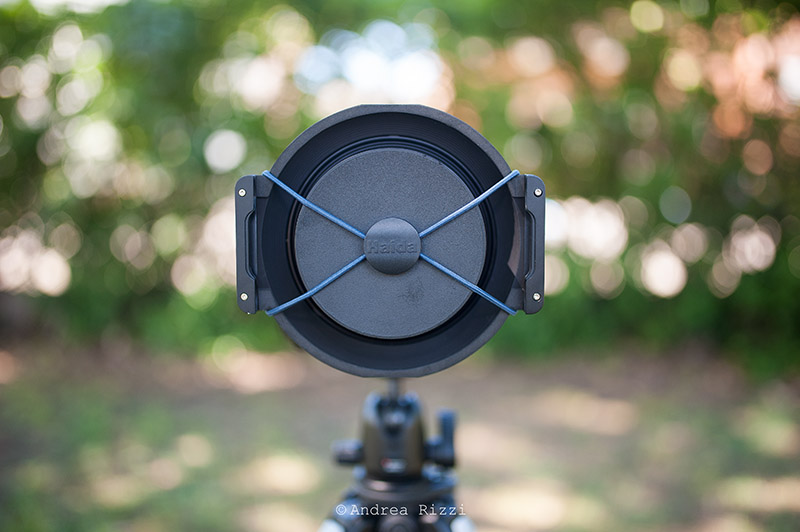 The NanoPro MC Clear Night filter comes with an anti-scratch multilayer optical glass with an oleophobic / hydrophobic coating (to be able to shoot in any weather conditions and clean the filter with simplicity), with a light blue color and dimensions 15cm x 15 cm.

This filter has the ability to cut the wavelengths of artificial lights allowing to drastically reduce light pollution and to balance the colors of the photo without having strong dominants that tend to orange and green that are difficult to balance in post production without creating halos.

The picture with the filter will certainly be colder but much more neutral and balanced than the picture without a filter.
The use of the Clear Night will allow us to spend less time in post production and make the picture less noisy due to the different steps to balance and process it.
Haida produces this filter both plate and screw, the plate filters can be found from 75mm, 100mm and 150mm.

The 150 holder is made up of two pieces:

1 – Front part with guides for inserting the filters
2 – Rear part that allows the adapter ring to connect the filter holder to the lens.

NB: I would like to clarify that these pictures have not been worked and consequently are not balanced and there have not been corrected lens distortion and vignetting. 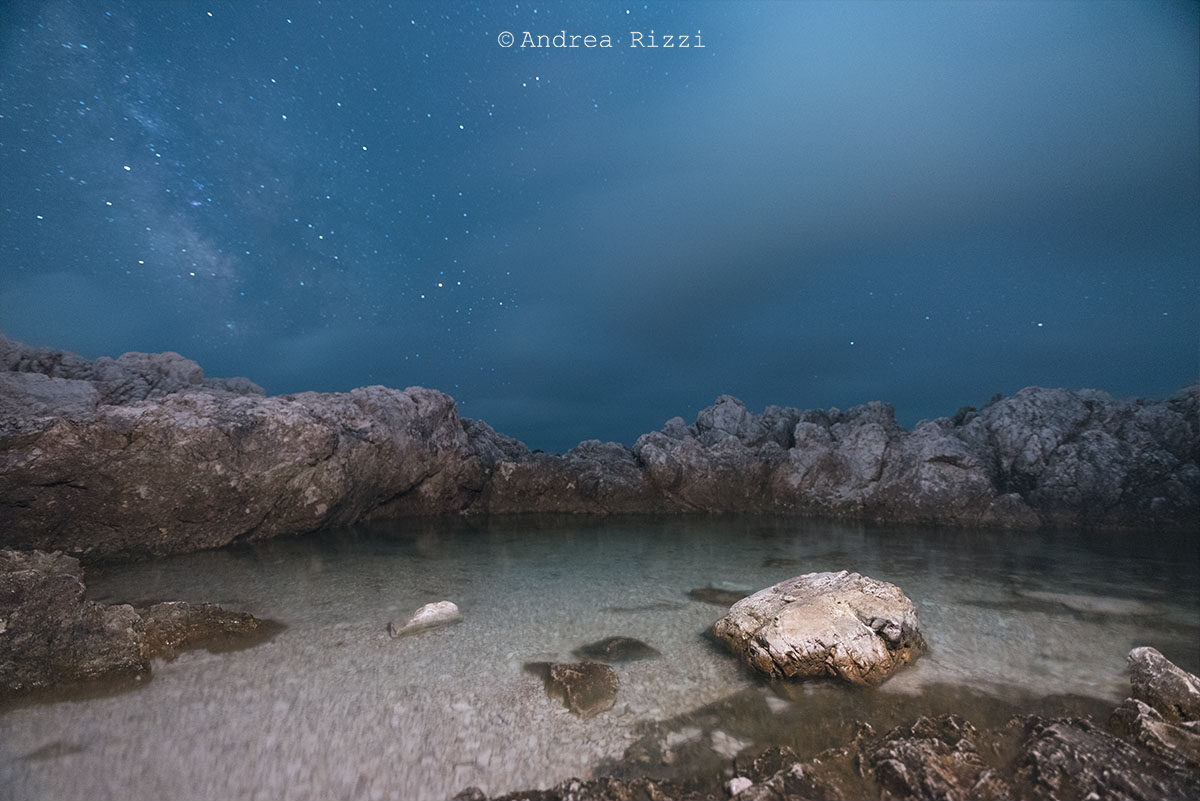 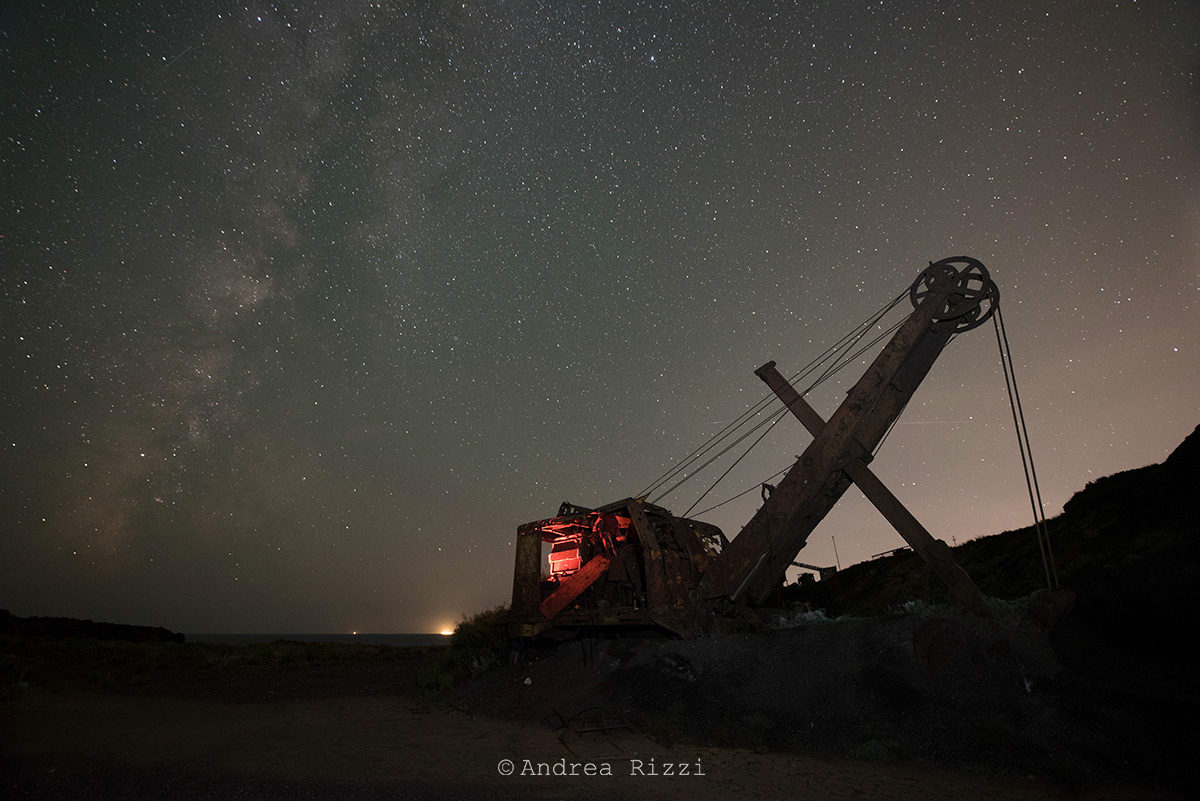 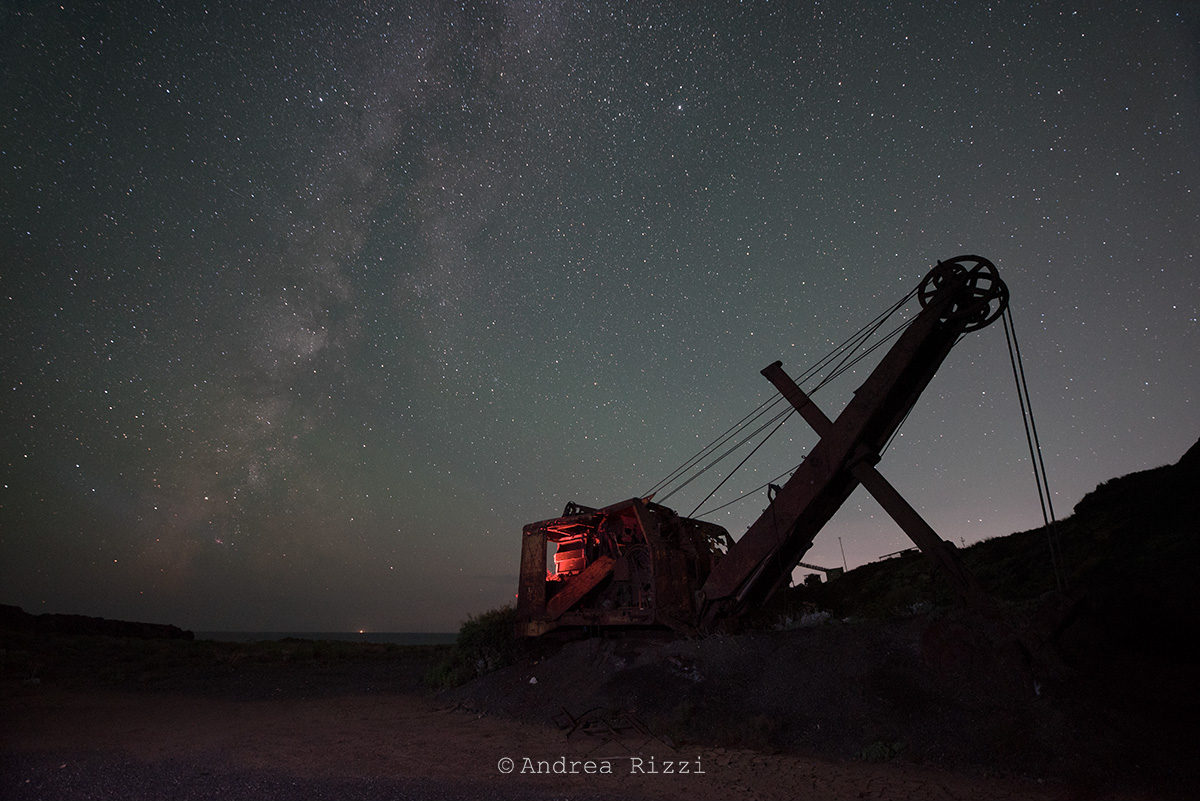